Major suffered a stomach torsion and was put to sleep.

PD Vegas (GSD) worked with PC Wright. Vegas suffered fatal injuries in a RTC during a dog walk whilst he was on duty. He died 20 February  2013. 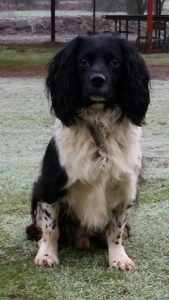 Bobby was a four years old Springer Spaniel, who died in boarding kennels. He was found dead in the morning. Post mortem was inconclusive in its findings. He was not contagious. There was no definitive cause of death. His post mortem read:

“The stomach was empty with no perforations or cancer. The wall lining was thin in places and may have been caused by infection. The other organs were checked and found to be clear of perforations, cancer or other infection.’

We use cookies to ensure that we give you the best experience on our website. If you continue to use this site we will assume that you are happy with it.Ok